Project Zero is an ongoing series to raise awareness around neglected tropical diseases and efforts to fight them. At least 18 of these diseases affect more than 1 billion people worldwide — but they’re not on the public’s radar. 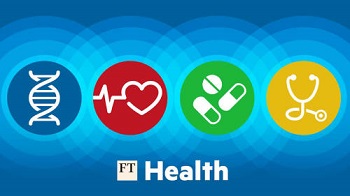 FT Health is the essential briefing for decision makers in global health. Every Friday, receive a round-up of the most important news from the Financial Times and across the web.

Non subscribers can receive FT Health by email by signing up here.

Articles on Neglected Tropical Diseases and other tropical diseases

Tackle NTDs with innovation, but not just from science

Neglected tropical diseases (NTDs) affect over one billion of the world's poorest people. More than 170,000 people die from NTDs each year, and many more suffer from blindness, disability, disfigurement, cognitive impairment, and stunted growth. Yet NTDs are treatable and preventable, and the annual cost of treatment is incredibly low. In Under the Big Tree, public health leader Ellen Agler and award-winning writer Mojie Crigler tell the moving stories of those struggling with these diseases and the life-saving work that can be―and has been―done to combat NTDs. They introduce readers to people from all walks of life―from car washers in Lake Victoria and surgeons on motorbikes to under-resourced local nongovernmental organizations (NGOs) and Big Pharma scientists―as they chronicle what has been called the largest public health program in the world.

On the one hand, the solutions are simple: deliver medication to people who need it and leverage local systems to offer prevention, treatment, and education. On the other hand, solutions are complex: navigating local and national politics, delivering treatment to some of the most remote, vulnerable communities, and coordinating global and local donors, international NGOs, thousands of health workers, and millions of citizens. Drawing on interviews with major players in the NTD world who share their cutting-edge research and frontline experiences, Under the Big Tree is a moving introduction to the science, the tactics, and the partnerships working to address these terrible diseases that affect the most vulnerable people in the world. With a foreword by Bill Gates, this book fascinates, inspires, and gives readers concrete steps for further engagement.

After a three-month trip to Guyana, Pip Stewart came back with more than she bargained for – and then discovered an injustice even more terrifying.

CHRISTINE POULSON: AN AIR THAT KILLS, HOW LONG CAN YOU HOLD YOUR BREATH (FICTION)

The atmosphere in the lab is toxic.  It is only a matter of time before there is a flu pandemic with the potential to kill billions. Or so wealthy entrepreneur Lyle Lynstrum believes. That is why he is funding research into transgenics - the mechanism by which viruses can jump the species barrier - at a high security lab on a tidal island off the North Devon coast.     A suspiciously rapid turnover of staff has him worried. He sends in scientist Katie Flanagan as an undercover lab technician. Something is clearly very wrong, but before Katie can get to the bottom of what is going on, a colleague is struck down by a mysterious illness.    Has the safety of the facility been compromised, allowing a deadly virus to escape? Katie begins to suspect that the scientists are as deadly as the diseases - and that her cover has been blown.    Then the island is cut off by high seas and a terrifying game of cat-and-mouse begins... Find out more here.

Before Christine Poulson turned to crime, she was an academic with a PhD in History of Art and had published widely on nineteenth century art and literature. Her Cassandra James mysteries are set in Cambridge in the UK. The first in her new series, Deep Water, featuring scientist Katie Flanagan, appeared in 2016. The second, Cold, Cold Heart, set in Antarctica, came out in January 2018 and the third, An Air That Kills, will be published in November 2019. Her short stories. published in Ellery Queen Mystery Magazine, CWA anthologies, and elsewhere, have been short-listed for a Derringer, the Margery Allingham Prize, and the CWA Short Story Dagger.