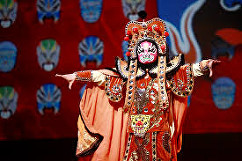 at the Museum of London

One hundred years after the outbreak of the deadliest wave of ‘Spanish Flu’, an epidemic that killed at least fifty million people, Disease X looks to the future for the next unknown lethal disease, and explores the deadly epidemics of past centuries. Find out more about how we created Disease X.

The new display uses the museum’s collections to show the effect of historic epidemics on London. It questions how we might learn from the past by looking at past successes, such as the eradication of smallpox and cholera. Notable objects from the display include the skeleton of a 9-month-old who died of smallpox and Queen Victoria’s mourning dress, worn following the death of her grandson and second in line to the throne, Prince Albert Victor. A REPRESENTATION OF THE ANTIMALARIAL COMPOUND DDD107498 by Lauren Carruthers (University of Glasgow)

I made this stone mosaic whilst on holiday. Making stone art each summer is a tradition my family has had for several years. In 2017 I made one which I called Trypano-stone. My sister went back 9 months later and sent me a photo.

Trypanostone, a stone mosaic of the trypanosoma parasites

by Lauren Carruthers (University of Glasgow)

Exhibition at the National Museum of Scotland